The entire Massachusetts Congressional delegation (two Senators and all nine Representatives) signed a statement of support for ME/CFS patients which was shown on the occasion of the screening of the documentary film “Unrest” on November 12, 2017 at the Regent Theatre in Arlington, MA. Our delegation's support for patients with ME/CFS was projected on the big screen at the event, which was attended by more than 360 healthcare professionals, ME/CFS patients, families, and supporters from Massachusetts and New England (VT, ME, CT, RI).  We were proud to announce that Massachusetts is the first state that has had such a statement from every member of its congressional delegation. 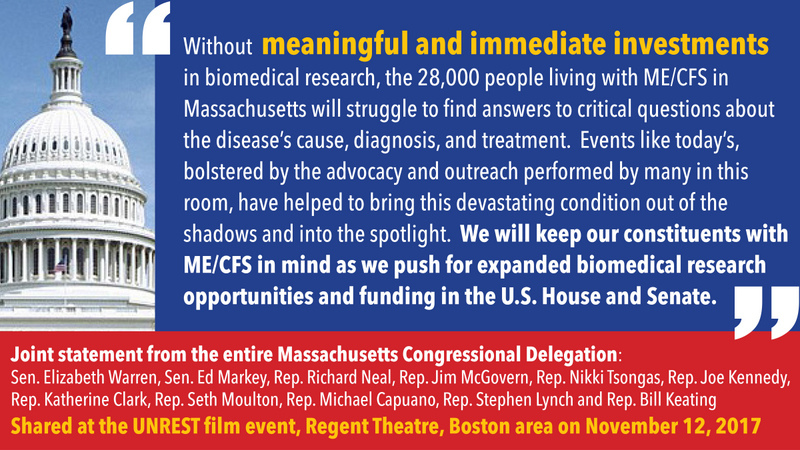 To show their appreciation, patients in Massachusetts, the U.S., and around the world have signed an online Thank You card. If you haven't done so already, please consider adding a short, personal message to thank our elected representatives! While you are there, take a few moments to look at the notes from so many of the patients from around the world. We are so proud and grateful to our Massachusetts elected officials.