It was a beautiful sunny day on Boston Common as about sixty ME patients, family members, friends, and allies gathered to share their stories and raise awareness about an illness that affects tens of millions of people across the globe. Organized by a handful of dedicated Massachusetts ME/CFS & FM Association (MassME) board members and volunteers, this was the largest Boston #MillionsMissing event yet. The Common's Liberty Mall was decorated with clotheslines displaying the stories of dozens of patients missing from their day-to day lives, while others were represented by shoes and signs lining the eastern edge of the mall. Volunteers strolled the perimeter, handing out information to curious passers-by. Speakers included researcher Dr. Michael VanElzakker who described the ME/CFS collaborative research happening at Massachusetts General Hospital and the Harvard affiliated hospitals. Former MassME president Charmian Proskauer shared her personal story of supporting a loved one with ME and promoted some of MassME's educational programs. Bob Robitaille, whose adult daughter has severe ME, gave an update on MassME's work with congressional representatives,  including Senator Ed Markey who has been a champion of increased funding for ME research. Several patients shared their personal stories including the difficulty of getting diagnosed and the simultaneous relief and despair they felt on finally learning that yes, they really did have a bona fide, diagnosable illness, but no, there was no cure. Others described the heart-wrenching challenges of parenting with ME. Many speakers reiterated the need for healthy advocates and volunteers; ME patients and their caregivers have become outspoken activists out of necessity, but it is neither fair nor feasible for them to bear the burden alone. Finally, patient and organizer Claudia Carerra expressed her anger and disappointment with NIH director Francis Collins' broken promises of timely research funding for ME/CFS. Carerra called on advocates to answer #MEAction's calls for civil disobedience in pursuit of justice for people with ME everywhere. In honor of Mother's Day, Carerra then lead the crowd in chants of "ME research funding now!/Give our missing children back!"

As always, #Millions Missing was bittersweet. It is always so inspiring to see this vibrant, loving community come together to support each other. But we still have a long way to go to get the support we deserve from our government and the community at large. 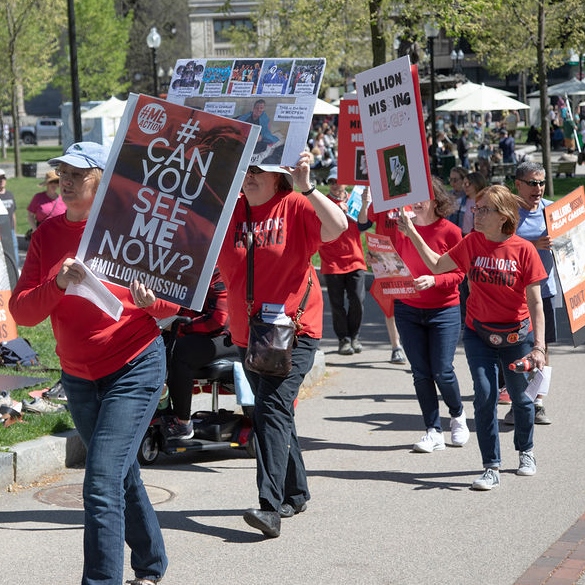 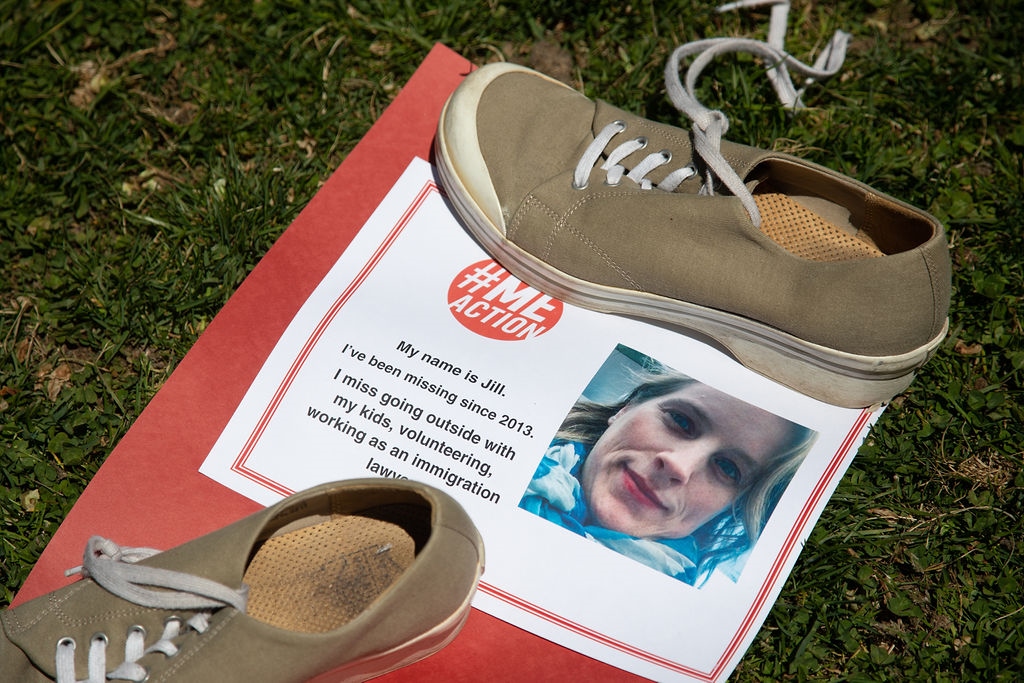