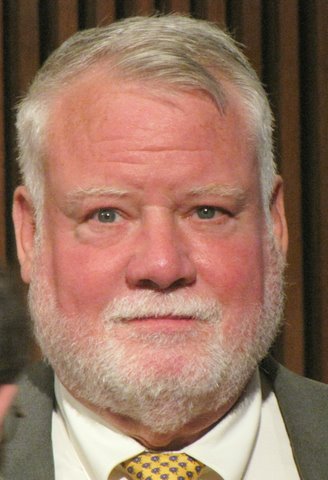 Dr. David Bell is arguably one of the most respected and appreciated physicians among patients in the CFS/ME community.  He is a pioneer clinician and researcher who was first introduced to the debilitating effects of this disease during an outbreak in Lyndonville, NY, in the 1980’s.  Although now retired from his medical practice, he continues to participate in studies and research on this complex and difficult illness.

The Massachusetts CFIDS/ME & FM Association was pleased to host Dr. Bell at an event co-sponsored by the Massachusetts Department of Public Health at the Hinton State Laboratory Institute Auditorium on Saturday, April 16, 2011.  Attendees included patients, family members, and medical practitioners from Massachusetts and several surrounding states.

In his lecture, "25 Year Follow-up in Chronic Fatigue Syndrome: Rising Incapacity," Dr. Bell spoke about his 13 year follow-up study paper and his more recent 25-year follow-up research.  He highlighted his findings about “health-identity confusion” and “rising incapacity” among surveyed subjects. He also spoke about oxidative stress as another potential contributing factor in the disease.  While he focused on long-term illness, he also spent time talking about the patients who had good results.

An enthusiastic Question and Answer period followed the lecture, and in the opening remarks Dr. Bell discussed the early research into XMRV and the current controversy surrounding this discovery.  Questions from the audience touched on a variety of topics including the likelihood of viral or retroviral involvement, individuals who present with chronic EBV, the possibility of casual transmission in the first six weeks of  the illness, the effects of IV saline and the benefits of B-12 treatments, the use of Provigil, the future of XMRV research, and more.

View the video of the lecture (55 minutes)