Love and Fatigue in America 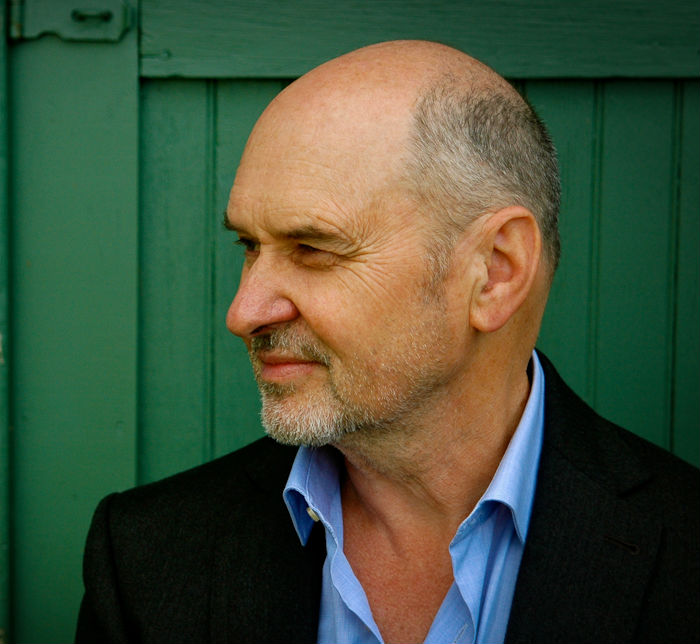 On April 23, 1991, at 8 p.m., a 40-year-old British economist, international consultant, novelist, and university instructor collapsed on the floor of the Sta-Fit gym in Spokane, Washington. He describes the moment:

It’s funny how the sitting down doesn’t end the going down—like gravity does not know where to stop, and its giant hand persists in pushing on my shoulders, insisting I go right through the floor, or failing that, to be flattened on it like paint. I cannot let this happen. It would look bad. It might attract attention. I concentrate on the countervailing force offered by friction, back pressed against the wall, feet pulled up and flat on the carpet. I stare with unseeing eyes—they are busy playing their own game of light and dark—a hint of a smile on my lips. Not ridiculous, I hope.

Thus begins the narrator’s 21-year journey with chronic illness. King’s just-released autobiographical novel is a heart-baring exploration of what it is to lose the classic measures of success—a thriving career, prospects of a family, and financial security—when they are supplanted by illness. In poignant parcels, the narrator describes his comic-tragic journey as he navigates, in faltering steps, the strange and unfamiliar landscape of our profit-driven healthcare system.

Occasional illness is a fact of life for most of us. As I write this, my teenage son lies in bed, red-nosed and sneezing, sequestered with a book and a box of Kleenex. He awaits, with full expectation of attainment, the return of health—in his ideal world, before his friends’ Frisbee game begins this afternoon.

Others don’t rebound so quickly or completely. My family practice physician once referred to them, not unkindly, as his “fat file” patients—the ones whose medical files overflow with test orders and memos from repeated office visits. Most of us have known a “fat file” person: the cousin diagnosed with multiple sclerosis; the teacher who left her job when she came down with Lyme; the guy up the street with diabetes and a gimp knee; or the coworker medicated for chronic depression. For these people, the problems don’t go away. Often, they seem to compound.

If we are decent (and most of us are), we feel sorry for them, in their pain or debilitation. We do what we can: We bring them supper, we drive them to doctor’s appointments, we rake leaves from their lawn, or we listen while they talk about their problems.

If their illness lingers, and especially if their complaints mount, our helping hands might falter. We lose patience. Could they be malingering? Nothing we do seems to help much. Perhaps their disability insurance runs out. Their stories of an uncaring healthcare system scare us. We may drift away, breathing excuses about our busy lives. We might run.

In Love and Fatigue in America, the narrator muses about the person he has become:

Prior to his “profound overturning,” the narrator is, by most contemporary measures, at the top of his game. He has risen from a blue-collar background in a London suburb to earn a Ph.D. in agricultural economics. His first career in Africa and Asia as a socio-economist and institutions expert is supplanted by a second career as an award-winning novelist. Fit, seemingly fearless, and 40, he has negotiated world continents, closed on impressive contracts, won at love, and acquired an impressive, supportive community of friends.

His metaphorical crash-landing, with symptoms of what first seems like a bone-crushing flu, upends his life and career. As his illness persists from weeks to months to years, his girlfriend, friends, and colleagues drop away, one by one, from his life. Ironically, those who don’t abandon him use him—prone, sick, silent, but also sympathetic—as a sounding board for their own stories of emotional and physical suffering.

After receiving a diagnosis of chronic fatigue syndrome (CFS), the narrator follows the advice of a parade of doctors and alternative health practitioners, many of whom are portrayed as comically incompetent. Who knew that a story of getting sick could be funny? King weaves humor through his novel.

Unflappable college students meet with the narrator during his academic office hours, offering threats, attempts at coercion, or intimate details of their sex lives. His alternative medical practitioner in Santa Fe drives a red BMW with crash damage, which he soon replaces with a second vehicle that soon shows up with crash damage. At one point, the narrator kisses a potential murderess, “but, hello, this is California.”

Many people afflicted with CFS express frustration that the descriptor “chronic fatigue” reduces the syndrome to an undeserved simplicity. Outside the U.S., CFS goes by the weightier name “myalgic encephalopathy.” Beyond incapacitating fatigue, classic symptoms of CFS include impaired concentration and memory; muscle and joint pain; sleep disturbances; tender lymph nodes; sore throat; headache; and worsening of health following physical or mental exertion. The syndrome crosses lines of education, affluence, race, and gender.

No one knows how people get CFS, but a brain-targeting virus, genetic susceptibility, and a compromised immune system are suspected contributors.

The narrator seeks a recovery that, for a while, he does not doubt. As years pass and his condition deteriorates, however, his bewilderment, humiliation, and suffering increase while his hope diminishes.

With each remission I am convinced that the recovery will be permanent, and each time I am proved wrong. This never changes. Health is unable to imagine being ill; illness cannot recall a state of health.

Although he is a world traveler accustomed to harsh conditions, the narrator finds himself at a loss when he faces the foreign and confusing landscape of illness in the United States. He compares the U.S. healthcare system with the nationalized medical system of his homeland, England—a system that requires of its patients much less paperwork, permissions, and payments.

You remember visits to the doctor as blithe affairs. The burden of management customary to Americans strikes you as astonishing—staggering—in its complexity, trickery, and venality. You wonder that such a situation could ever be taken as normal.

The narrator points out “the labor of being sick in America,” a country where the more a person is weak and compromised, the more he must advocate for himself. Because he is so ill that he is limited to his sofa, that is the site from which he conducts his business. He stashes medical bills and insurance receipts in cracks between cushions and on the floor beside him. Using a telephone balanced on his chest, he works daily, until sickness and exhaustion overwhelm him, to clarify, defend, and understand his condition and his health benefits.

The narrator struggles to keep his university job, but he has numerous setbacks, such teaching “a horrific class” during which his head falls onto his desk and will not come up.

Over time, the narrator learns to ration his energy. He learns to cope with his incredulous coworkers. He describes the paradox of trying to maintain his job and maintain an appearance of a normal life:

The intermittent need to prove to doctors that my illness is not in my mind-when clearly my mind is affected—and to prove to the company’s private investigators that I am not disabled—when every day is taken up by trying to seem not disabled—causes paroxysms of internal conflict.

Over time, quietness, solitude, and low-grade panic overtake him. “It’s hard not to blame yourself for illness,” he writes, in perhaps his closest admission of self-pity. His income and savings dwindle. He struggles to maintain his job. He longs for a home and family.

Remarkably, he achieves love, in noncontiguous chunks: tender affection for a woman and her daughter, sex for money, and a more tenacious love from his dog Arthur.

King’s book was written from within the bounds of his own illness, and the format might be taken as evidence for his labor in writing it. It is crafted as a series of dozens of short chapters, some as short as a single page. They include narrative, essays, lists, and poems. King’s narrator is an appealing character: His illness seems to have made him, patient, kind, and wise—he inhabits a shrunken world, yet he maintains a wide worldview.

The book is fiction, but King’s use of first-person captures a real man—one with authentic, flawed retrospective recall. The novel reads a little bit like a diary, including a few steamy love scenes and witty, observant notes on topics as diverse as strippers, military life, and ambition.

Although the book weighs in at 254 pages, it’s hard not to want a little more about the main character’s origins. Who were his barely-mentioned parents? What was life like in suburban London for an introspective child? What series of events turned a provincial lad into a globetrotting economist?

The story opens with an exuberant and hopeful narrator circling in a jet above the city of Spokane, Washington. It concludes in a small town in western Massachusetts, with the narrator contemplating the gains and losses of his quiet existence.

From his place of retreat, the former world traveller and international problem-solver describes his “horizontal life” as peaceful, with appreciation for small beauties and subtleties. In a section titled “Lost and Found,” he comments

An account of being sick could be a hard sell in today’s book market. If the daily news itself can be a downer, why read a narrative about illness and disability?

Answer: Because fate is fickle. The book’s publication follows closely on the U.S. Supreme Court’s review of President Obama’s healthcare law. King’s well-crafted book raises important questions about how our society treats sick people. What happened to the narrator could happen to anyone. Perhaps the book could help inspire a remedy for a healthcare system that doesn’t seem very caring.

Roger King is the author of four previous novels: Horizontal Hotel, Written on a Stranger’s Map, Sea Level, and A Girl from Zanzibar. He lives in Leverett, Massachusetts.

Jean Zimmer is a freelance writer and editor based in western Massachusetts.