There were two Millions Missing events in Massachusetts on Sept. 27, one in Boston and one in Northampton.

In Boston, a small but intrepid group chatted with passers-by and handed out lots of ME/CFS Fact Sheets.

In Northampton, the mayor came out to greet the demonstrators and pledged to issue a City Proclamation for ME Awareness. 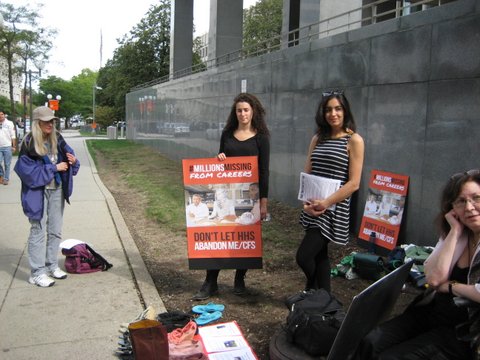 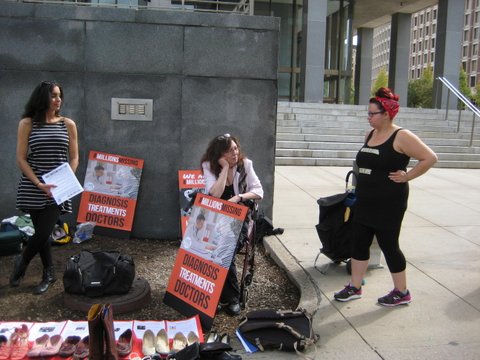 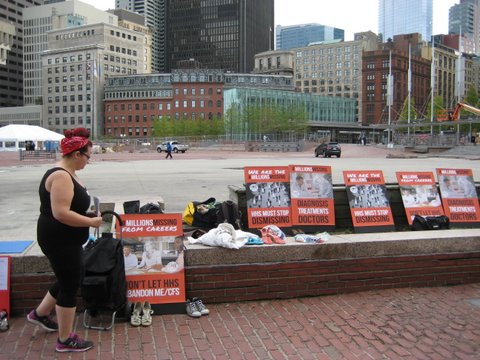 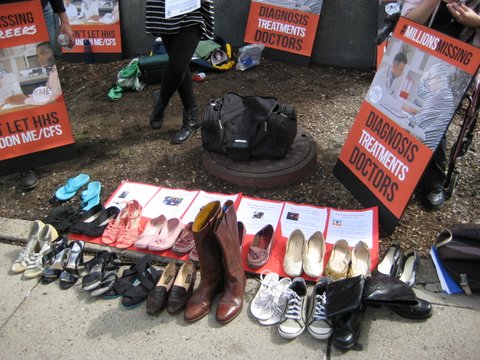 Photos from Northampton. We expect the mayor of Northampton to issue a City Proclamation for ME Awareness soon. 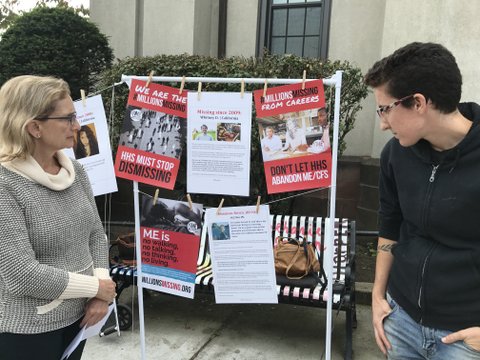 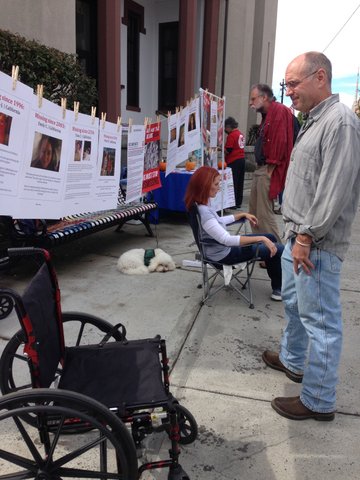 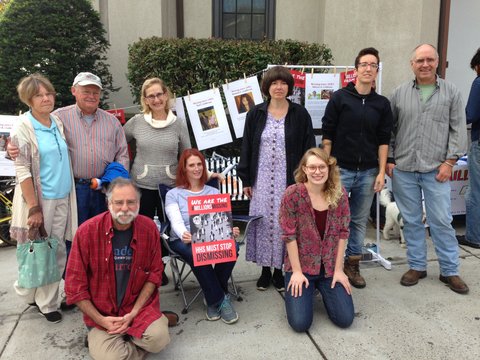 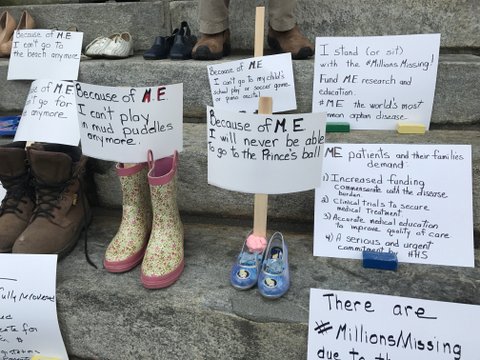 News from around the Web